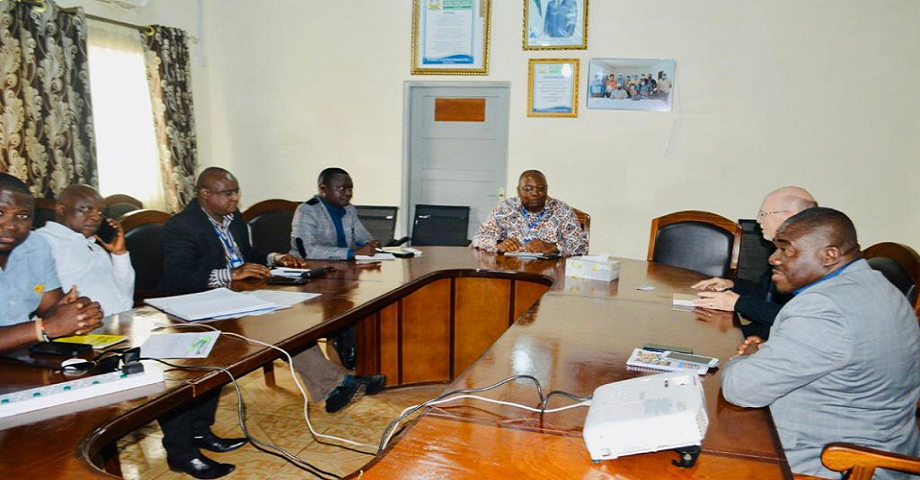 The United Nations (UN) is conducting an independent evaluation of its response to COVID-19 in Sierra Leone.

As part of a large range of consultations and interviews being done across selected Ministries, Departments and Agencies across Sierra Leone, Ted Freeman, the independent consultant hired by the UN Secretary General’s Office, today May 18 2022, met with the Statistician General, Prof. Osman Sankoh (COR), and some of his Directors at the Stats SL Headquarters at Tower Hill in Freetown.

Besides being the Statistician General, Prof Sankoh was an appropriate respondent to this interview since he is a member of the Scientific and Technical Advisory Group on Emergencies (STAGE), a group which advises the Presidency and NaCOVERC on COVID-19 in Sierra Leone.

During the meeting, Prof. Sankoh intimated the consultant about the impact Covid-19 has had on the general operations of Stats SL in the last two years prominent among which were the postponement of the Mid-Term Census; the delay in implementing the rebasing of the Consumer Price Index (CPI) and the Gross Domestic Product (GDP).

These alongside other critical surveys that have been done by Stats SL he said have been impacted since the index case of Covid-19 was announced in Sierra Leone on March 31st 2020.

The SG also informed the consultant of two nationally representative rapid surveys on the socio-economic impact of COVID-19 implemented by Stats SL which were funded by the World Bank and UNICEF.

Mr Ted Freeman on his part thanked the SG and his team for their time which he described as very  insightful in the course of the evaluation. He noted that getting such critical information from Sierra Leone’s  National Statistical Office (NSO) can only improve and lend credence to the quality of work he is doing.

The system wide evaluation is of the UN Development System’s response to the Socio-economic impact of COVID-19 in Sierra Leone.

Sierra Leone was selected as one of the case study countries and the consultant is here to conduct interviews with a range of stakeholders including Stats SL.

With the Consultant at the meeting was Mr Gbassay Kargbo, an Economist at the UN Resident Coordinator’s Office.