Sahr Entua Yambasu is the Director of Project Management and Statistical Coordination at Statistics Sierra Leone (Stats SL). His track record within and outside Stats SL has been exceptionally good, as a very detail-oriented individual with an ability to perform duties thoroughly. He is able to face difficult and challenging situations with great ease and composure, as evident in his handling of the 2015 Population and Housing Census, as the Project Manager. As a Census Mapping and Surveying expert, he prepared and trained Field Mapping Officers to undertake a number of tasks: plotting/checking all administrative boundaries; updating maps, plotting villages, trading centres, schools, roads, tracks, etc., with the Global Positioning System (GPS), and demarcating Enumeration Areas. The product of such work enhanced the complete count of the population, laid the road map for the creation of constituencies & wards and redistricting of the national territory.

As a sampling expert, he has designed sampling methodologies for over twenty surveys since 2008 including the Demographic and Health Surveys, Multiple Indicator Cluster Surveys, Sierra Leone Integrated Household Surveys, Malaria Indicator Surveys; that covers the entire country.

He holds a Master’s degree in physics and a Bachelor’s degree in mathematics & physics. He is currently pursuing his Doctorate Degree (PhD) in Statistics at the Atlantic International University in Hawaii, USA. He joined Statistics Sierra Leone in 2003, and has grown steadily through the ranks to achieve his current status. During this period, he coordinated several National Research Projects and has contributed to a couple of international publications.

He has acquired considerable skills and experience in statistics and research as a Lead/Associate Consultant/Team Member on more than twenty national surveys.

On the interpersonal side, he get along extremely well with staff under his supervision as well as colleagues at the same level. He is highly respected, both as a person and a professional, by colleagues, employees and clients. 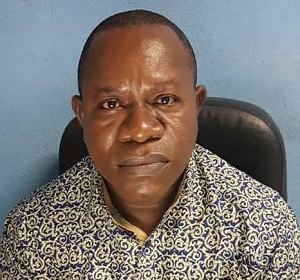