Stats SL, the authorised Government body responsible for the coordination, collection, compilation, analysis and dissemination of high quality and objective official statistics in Sierra Leone is playing host to the African Population and Health Research Centre(APHRC), an independent research institution based in Kenya, on the Access to Safe Abortion which falls under the “ Challenging The Politics Of Social Exclusion(CPSE) Project”, a four-year project to be implemented in Sierra Leone.

Great Redemption Crusade, a faith-based organisation headed by renowned Pastor, Francis Mambu has on Friday 6th March 2020, met with the management of Stats SL in a bid to establish a partnership that will culminate into the undertaking of a survey/research on churches, denominational spread and also to know fully, partially or non-evangelized districts, chiefdoms, sections and communities across Sierra Leone.

The Great Redemption Crusade which comprises of more than 150 churches across Sierra Leone including the Faith Healing Bible Church and Faith Evangelist Church to name but a few, met with the Stats SL Management on its tower hill premises, to map the way forward on how such faith-based research work, can be undertaken.

In A First Of Its Kind, Stats SL Honours 3 Retirees

Stats SL in a ceremony at its headquarters on Friday 21st February 2020,honoured three of its former staff who recently attained the mandatory retirement age of 60. This was the first time that Stats SL as an institution was honouring retired staff by way of a ceremony in which certificates and plaques for meritorious service to the institution were presented

In his statement, ,Moses Williams who himself had retired after 27 years of service to the institution before being appointed as Chairman of the Statistics Council by his Excellency, Rtd.Brigadier Julius Maada Bio, said that he was delighted that under the new administration at Stats SL, deserved things were now happening. He said such kind of a send-off for retirees had never happened during his 27 years of service at Stats SL but that he was happy that the right actions were now being taken for retirees irrespective of rank ,after their term of service. He thanked the Statistician General for the initiative which he termed as a novelty

A high powered delegation from the Office of National Statistics (ONS) UK, has held talks with the Minister of Planning and Economic Development, Dr Francis Kai-Kai at his Tower Hill office in Freetown on Thursday February 6th 2020, as it brings down the curtain on a four day working visit to Sierra Leone

In introducing the ONS team, Prof Osman Sankoh (Mallam 0), Statistician General and CEO of Stats SL said that the team had come as a result of his unfettered engagement with the UK National Statistics Office on the need for collaboration. He disclosed that discussions had been on for over a year to pull off and establish this partnership and that he is pleased that the team finally was able to come to Sierra Leone to do an assessment of Sierra Leone’s National Statistics Office which is Stats SL. He furthered that the relationship around the visit has been an affable one and that Stats SL hopes to benefit a lot from this visit especially in terms of the required technical expertise needed to do its work

In his opening remarks the Executive Secretary of NEC, Mr Williams Davies, indicated that the main reason for the engagement was to reaffirm Stats SL’s critical partnership to NEC and to encourage a continuation of the existing collaboration between the two institutions. He intimated that NEC is in transition as the substantive Chief Electoral Commissioner, Mr Mohamed Nfa Alie Conteh is on terminal/end of tenure leave as his tenure ends on the 11th of February 2020. He was then pleased to introduce Mr Edmond Alpha who was appointed to act as Chief Electoral Officer and Chairman by His Excellency the President, Dr. Julius Maada Bio.

Presenting the award to the Statistician General of Sierra Leone on behalf of the International Committee Board of Diaspora focus, The Director of Diaspora Focus, Dr Emmanuel Stafford, described the Diaspora Focus award as Priceless and certainly one of the most credible for service to humanity, community and nation building. He said that this is the 7th edition of the Diaspora Focus award, the first of which he disclosed was hosted by now first lady of Sierra Leone, Fatima Jabbe Bio in London back in 2012. Being that the Statistician General was not present at the award ceremony in December last year, he decided to present the award to him now on behalf of the International Committee Board

The UNFPA Country Representative to Sierra Leone, Dr Kim Eva Dickson and team including Dr Chris Oyeyipo and David Kanu have paid a courtesy call on Stats SL at its headquarters on AJ momoh Street in Freetown on Tuesday 14th January 2020.

In his statement to the UNFPA team, the Statistician General, Prof. Osman Sankoh said that Stats SL now has a strong governance structure to be proud of with a new Deputy Statiscian General and very qualified Directors that are performance driven. He intimated the team that when he took over, there was need to not only right-size the institution but to also gain credibility by employing qualified staff
He said, he recommended the creation of new divisions namely, Communications and Public Relations, Operations, National Statistical System and Internal Audit which he said is critical in ensuring internal controls and compliance to processes, procedures and policies

Stats SL has bagged the top proactive disclosure of information compliance award (Gold) for being the only MDA to proactively disclose all information as stipulated in the Right to Access Information Act of 2013 and also to have fulfilled all 22 disclosure benchmarks well in time.

The award which was held at the Atlantic Lumley hotel on Tuesday 10th December 2019, and organized by the Right to Access Information Commission (RAIC), attracted representatives from the media, civil society, Ministries, Departments and Agencies (MDAs) and other national and international partners speaking at the symposium and awards ceremony on the commemoration of the 71st Anniversary of Human Rights Day, the Right to Access Information Commissioner, Dr  Ibrahim Seaga-Shaw said that the award ceremony was meant to recognize institutions who had gone  a long way in meeting key requirements in the proactive disclosure  of information indicators for which awards were given in the gold, silver and bronze categories whilst some certificates were presented to institutions who had being working hard to comply. He cited the public disclosure award as the highest award amongst the lot of awards to be handed out 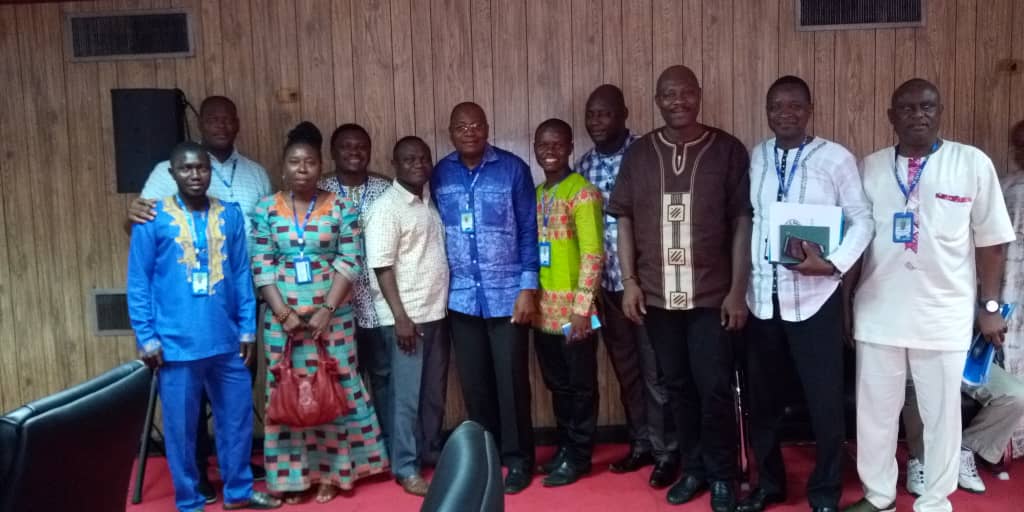 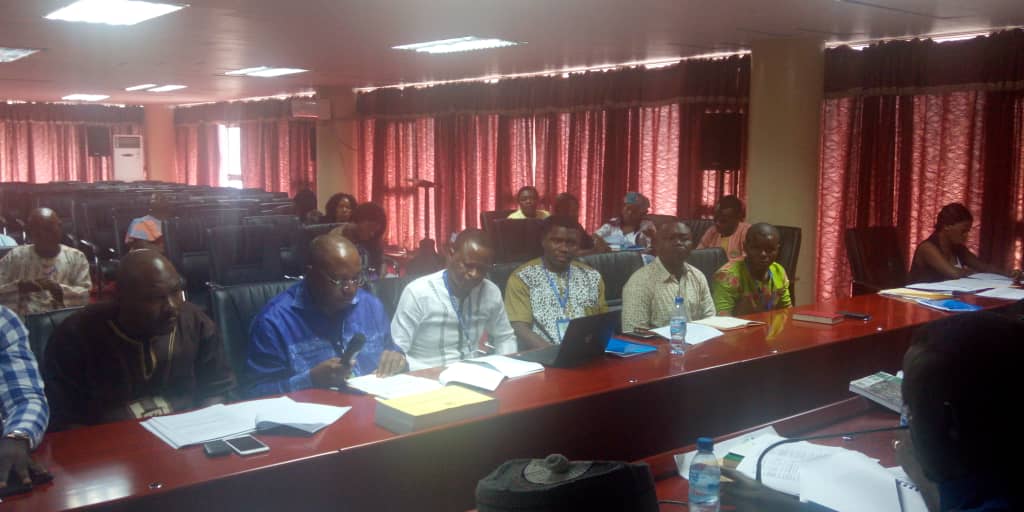 The parliamentary committee on finance has unanimously agreed on the need to empower Stats SL so that it will be by law that Stats SL accredits the generation of official statistics by MDAs, NGOs and other institutions either through working with Stats SL or paying a fee for reviewing and accrediting research and surveys that aim to produce official statistics for Sierra Leone.

In his opening remarks, the Deputy Statistician General ,Andrew Bob Johnny calls for all members present to be committed and make necessary input into the TOR and help to validate the consultant's (Ade Renner)report and to further agree on next steps for subsequent meetings. 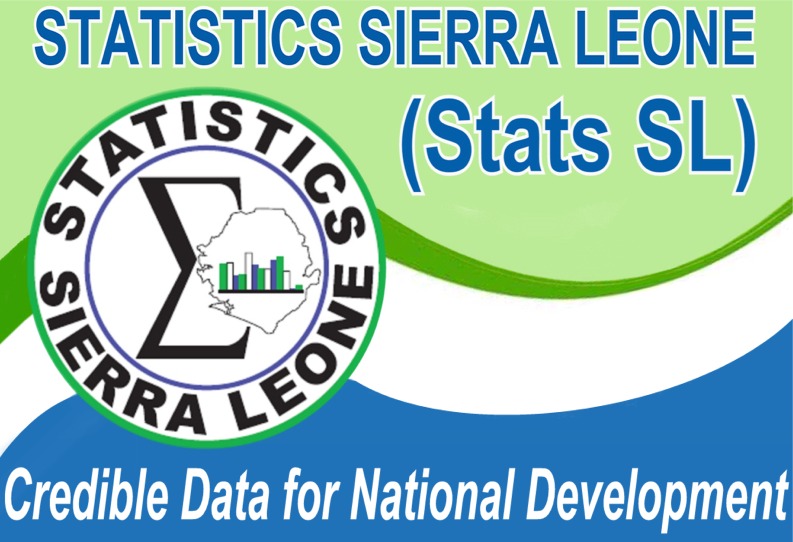