Prior to joining the then CSO, she worked as a Store Clerk at the Morgan Pharmacy for a period of two years. As a long serving staff, who started as a Data Processing Operator has experiences in data processing programs using the Microsoft Office Packages, IMPS, EPI and Teleform software. Also has basic experience working with SPSS, STATA, CS-Pro.

As Senior Statistician she supervises CPI/ICP data collection, data processing, analyze using Excel, assist in the validation and compilation of the CPI using an automated template-Excel programme. She also assist the Principal Statistician in promoting the vision and mission of Stat SL especially in the smooth running of the section.

Isata has also carried out special assignments in surveys and censuses and also as Co-analyst in reports writing.

As the Procurement Committee chairperson, Isata leads/assists the Procurement Unit in achieving its objectives according to the procurement laws on procuring goods and services  for the operations of Stats SL.

As Assistant Statistician she helped in the importation of monthly data files received from the Customs Data Management ASYCUDA++ (NRA) into the EUROTRACE, extract using COMEXT  and the compilation of trade bulletin from 2010 - 2012.

Isata holds a Bachelor (BSc.) and Master’s (MSc.) degree in Agricultural Education and Rural Development (2000-2004 & 2008-2009) respectively from the Njala University. She also holds a certificate in Business Studies (1989/90) – a correspondent course under the Institute of Commercial Management, United Kingdom, Dorset. She has certificates of participation from training workshops attended in Sierra Leone and overseas. 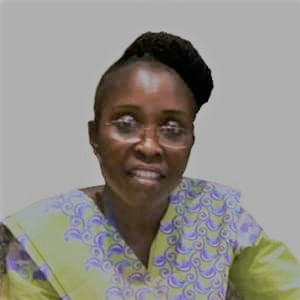