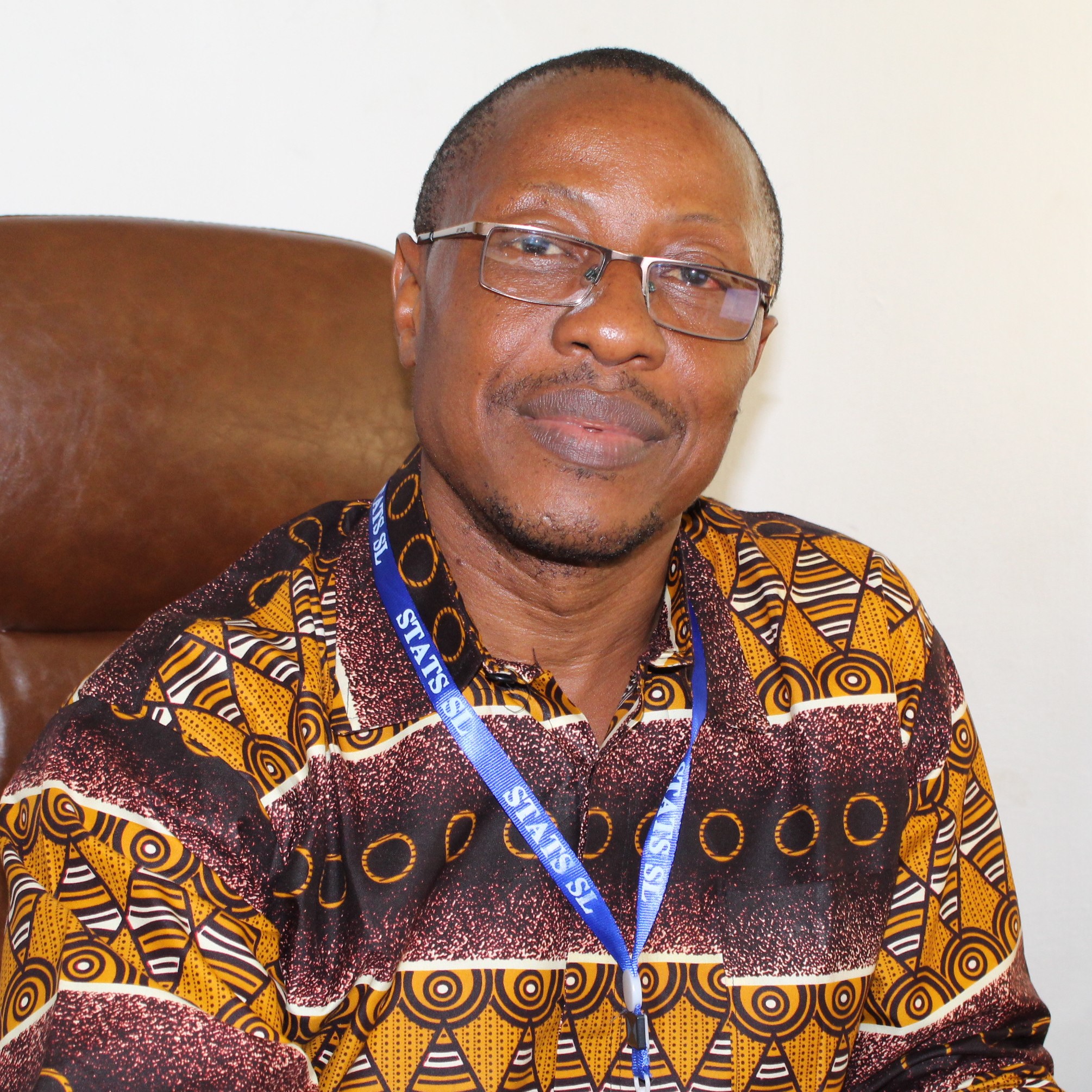 Francis B. J. Tommy graduated with a B.A. General Degree in 1993 from Fourah Bay College – University of Sierra Leone (USL). He served as Teaching Assistant in the Department of Theology from 1994 – 1995.

In 1999, he was recruited as a Missionary of the General Board of Global Ministries of the United Methodist Church (U.M.C.) and was assigned to the U.M.C. Seminary in Jalingo – Taraba State of Nigeria. He was Head of Department of Social Sciences from 1999 until his departure to Sierra Leone in December 2004.

Mr Tommy joined the Statistics Family in July 2005 as a Statistician assigned to Pujehun District as District Statistician.

In 2007, he was transferred to Bo District and elevated to the post of District/Regional Statistician.

In 2010, he was transferred to the Head Quarters in Freetown and served as the first Desk Officer of the National Strategy for the Development of Statistics (NSDS).

In 2011, he was promoted as Senior Statistician.

In September of 2018 a new Division was created by the new Statistician General – Prof. Osman O. Sankoh and Mr Tommy with his wealth of experience in the NSDS was appointed  Acting Director. The Division is called the National Statistical System Division (NSSD) with primary responsibility of coordinating all official statistics in Sierra Leone. The NSSD has four sections namely: (i) The NSDS; (ii) The MDAs; (iii) The Schools, Colleges and Universities and (iv) The NGOs/CSOs. The MDGs are also part of the Division.

In August 2019, Mr. Tommy went through successfully both an examination and interview for the post of Director of the Division. He is the first ever Director of the NSSD.

Mr Tommy has attended workshops and seminars from the UK, South Africa, Kenya, Botswana, Uganda, Liberia, Ghana, and host of other Countries.

He has taken part in dozens of surveys involving Stats SL couple of which he served as National Coordinator.

Mr. Tommy believes in strong partnership in the data systems ranging from data generators, data users, promoting utilization to that of data enhancing/visualisation. TOGETHER WE CAN MAKE A POSSITIVE DIFFERENCE.

As the first Director of the NSSD, Mr Tommy is very much determined to put Stats SL on the lime light for credible Official Statistics.